When deciding who your main character is, the go-to person is usually the heroine of the story. The person who has virtue and good intentions that will carry the reader to a probable happily ever after. However, not all stories are so straightforward, and some of our favorite reads include antiheroines who don’t act the way we would or in ways that we’d agree with, yet we still can’t tear ourselves away (and we often find ourselves still rooting for them).

We’d probably argue that there’s an extra layer to anti-heroines (vs anti-heroes). The fact that many devil-may-care characteristics are seen as charming on men but antagonistic on women. But that’s a whole post that will take much more space than this one. There are already many great posts about writing anti-heroes but we also believe the best way to learn how to write something well is to read a lot of books that do it well.

In our “Reading Recs for…” series we’ll recommend reads for certain topics that we run into often.

Here are our recommendations for Antiheroines:

FOREST OF A THOUSAND LANTERNS by Julie C Dao

Why we Rec: Forest of a Thousand Lanterns is, conceptually, a re-imagining of the origin story of Snow White from the Evil Queen’s perspective set in a world inspired by Chinese court dramas. It’s filled with intrigue, desire, betrayal and glory. The heroine, Xifeng, rises from peasant girl, abused and belittled, to empress of the country. She’s ambitious, ruthless, smart and cunning – her climb to power is not without its *cough* *murders* but to claim the title of Evil Empress, that’s what it takes! 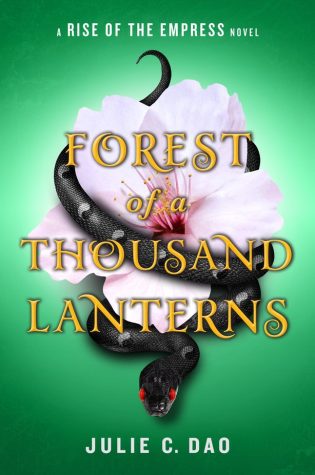 Eighteen-year-old Xifeng is beautiful. The stars say she is destined for greatness, that she is meant to be Empress of Feng Lu. But only if she embraces the darkness within her. Growing up as a peasant in a forgotten village on the edge of the map, Xifeng longs to fulfill the destiny promised to her by her cruel aunt, the witch Guma, who has read the cards and seen glimmers of Xifeng’s majestic future. But is the price of the throne too high?

Because in order to achieve greatness, she must spurn the young man who loves her and exploit the callous magic that runs through her veins–sorcery fueled by eating the hearts of the recently killed. For the god who has sent her on this journey will not be satisfied until his power is absolute.

AND I DARKEN by Kiersten White

Why we Rec: Lada, the main character, is based on Vlad the Impaler, so you pretty much know what you’re getting into with this series. Fierce, ruthless, and bloodthirsty, Lada is a force to be reckoned with from page one. 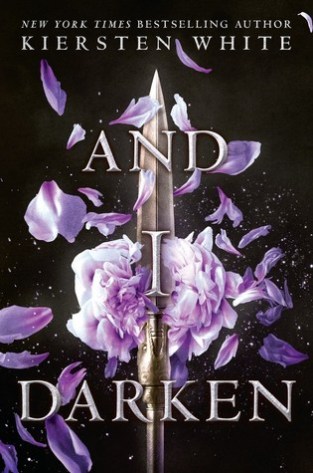 No one expects a princess to be brutal. And Lada Dragwlya likes it that way. Ever since she and her gentle younger brother, Radu, were wrenched from their homeland of Wallachia and abandoned by their father to be raised in the Ottoman courts, Lada has known that being ruthless is the key to survival. She and Radu are doomed to act as pawns in a vicious game, an unseen sword hovering over their every move. For the lineage that makes them special also makes them targets.

Lada despises the Ottomans and bides her time, planning her vengeance for the day when she can return to Wallachia and claim her birthright. Radu longs only for a place where he feels safe. And when they meet Mehmed, the defiant and lonely son of the sultan, Radu feels that he’s made a true friend—and Lada wonders if she’s finally found someone worthy of her passion.

But Mehmed is heir to the very empire that Lada has sworn to fight against—and that Radu now considers home. Together, Lada, Radu, and Mehmed form a toxic triangle that strains the bonds of love and loyalty to the breaking point.

THE YOUNG ELITES by Marie Lu

I am tired of being used, hurt, and cast aside.

Adelina Amouteru is a survivor of the blood fever. A decade ago, the deadly illness swept through her nation. Most of the infected perished, while many of the children who survived were left with strange markings. Adelina’s black hair turned silver, her lashes went pale, and now she has only a jagged scar where her left eye once was. Her cruel father believes she is a malfetto, an abomination, ruining their family’s good name and standing in the way of their fortune. But some of the fever’s survivors are rumored to possess more than just scars—they are believed to have mysterious and powerful gifts, and though their identities remain secret, they have come to be called the Young Elites.

Teren Santoro works for the king. As Leader of the Inquisition Axis, it is his job to seek out the Young Elites, to destroy them before they destroy the nation. He believes the Young Elites to be dangerous and vengeful, but it’s Teren who may possess the darkest secret of all.

Enzo Valenciano is a member of the Dagger Society. This secret sect of Young Elites seeks out others like them before the Inquisition Axis can. But when the Daggers find Adelina, they discover someone with powers like they’ve never seen.

Adelina wants to believe Enzo is on her side, and that Teren is the true enemy. But the lives of these three will collide in unexpected ways, as each fights a very different and personal battle. But of one thing they are all certain: Adelina has abilities that shouldn’t belong in this world. A vengeful blackness in her heart. And a desire to destroy all who dare to cross her.

It is my turn to use. My turn to hurt.

THE GIRL WITH THE DRAGON TATTOO by Steig Larson

Why we Rec: Interestingly, Lisbeth Salander’s past is not the focus of this book (though it is the focus of Books 2 & 3). However, the insight into where she came from are given throughout the novel and allow us to understand why Lisbeth would become the aloof, harsh, often volatile survivor she is. It doesn’t hurt that she’s also a certified genius that we can admire.

It’s about the disappearance forty years ago of Harriet Vanger, a young scion of one of the wealthiest families in Sweden . . . and about her octogenarian uncle, determined to know the truth about what he believes was her murder.

It’s about Mikael Blomkvist, a crusading journalist recently at the wrong end of a libel case, hired to get to the bottom of Harriet’s disappearance . . . and about Lisbeth Salander, a twenty-four-year-old pierced and tattooed genius hacker possessed of the hard-earned wisdom of someone twice her age—and a terrifying capacity for ruthlessness to go with it—who assists Blomkvist with the investigation. This unlikely team discovers a vein of nearly unfathomable iniquity running through the Vanger family, astonishing corruption in the highest echelons of Swedish industrialism—and an unexpected connection between themselves.

It’s a contagiously exciting, stunningly intelligent novel about society at its most hidden, and about the intimate lives of a brilliantly realized cast of characters, all of them forced to face the darker aspects of their world and of their own lives.

Do you have any recommended reads for anti-heroes/anti-heroines? Let us know in the comments below!