June is almost over, and we hope all you Writer’s Block Partiers had a wonderful Pride Month! Here are some of the books we’re reading in celebration:

Twelve-year-old Caroline is a Hurricane Child, born on Water Island during a storm. Coming into this world during a hurricane is unlucky, and Caroline has had her share of bad luck already. She’s hated by everyone in her small school, she can see things that no one else can see, and — worst of all — her mother left home one day and never came back. With no friends and days filled with heartache, Caroline is determined to find her mother. When a new student, Kalinda, arrives, Caroline’s luck begins to turn around. Kalinda, a solemn girl from Barbados with a special smile for everyone, seems to see the things Caroline sees, too. Joined by their common gift, Kalinda agrees to help Caroline look for her mother, starting with a mysterious lady dressed in black. Soon, they discover the healing power of a close friendship between girls. Debut author Kheryn Callender presents a cadenced work of magical realism.

Katy Pool is reading Running With Lions by Julian Winters

Bloomington High School Lions’ star goalie, Sebastian Hughes, should be excited about his senior year: His teammates are amazing and he’s got a coach who doesn’t ask anyone to hide their sexuality. But when his estranged childhood best friend Emir Shah shows up to summer training camp, Sebastian realizes the team’s success may end up in the hands of the one guy who hates him. Determined to reconnect with Emir for the sake of the Lions, he sets out to regain Emir’s trust. But to Sebastian’s surprise, sweaty days on the pitch, wandering the town’s streets, and bonding on the weekends sparks more than just friendship between them.

Each year, eight beautiful girls are chosen as Paper Girls to serve the king. It’s the highest honor they could hope for…and the most cruel.

But this year, there’s a ninth girl. And instead of paper, she’s made of fire.

In this lush fantasy, Lei is a member of the Paper caste, the lowest and most oppressed class in Ikhara. She lives in a remote village with her father, where the decade-old trauma of watching her mother snatched by royal guards still haunts her. Now, the guards are back, and this time it’s Lei they’re after–the girl whose golden eyes have piqued the king’s interest.

Over weeks of training in the opulent but stifling palace, Lei and eight other girls learn the skills and charm that befit being a king’s consort. But Lei isn’t content to watch her fate consume her. Instead, she does the unthinkable–she falls in love. Her forbidden romance becomes enmeshed with an explosive plot that threatens the very foundation of Ikhara, and Lei, still the wide-eyed country girl at heart, must decide just how far she’s willing to go for justice and revenge. 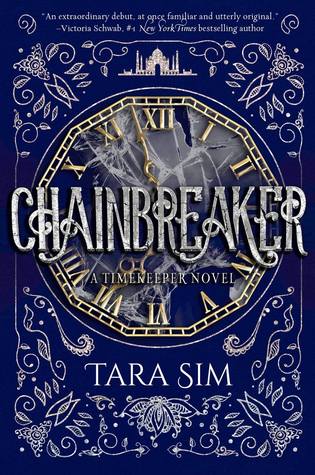 Clock mechanic Danny Hart knows he’s being watched. But by whom, or what, remains a mystery. To make matters worse, clock towers have begun falling in India, though time hasn’t Stopped yet. He’d hoped after reuniting with his father and exploring his relationship with Colton, he’d have some time to settle into his new life. Instead, he’s asked to investigate the attacks.

After inspecting some of the fallen Indian towers, he realizes the British occupation may be sparking more than just attacks. And as Danny and Colton unravel more secrets about their past, they find themselves on a dark and dangerous path–one from which they may never return.

The mind-bending, time-warping adventure from BRIAN K. VAUGHAN and CLIFF CHIANG continues, as intrepid newspaper deliverer Tiffany is launched from the prehistoric past into the year 2000! In this harrowing version of our past, Y2K was even more of a cataclysm than experts feared, and the only person who can save the future is a 12-year-old girl from 1988. 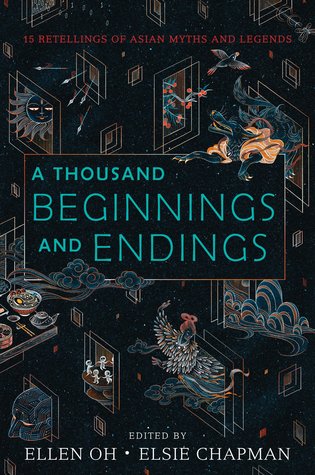 Star-crossed lovers, meddling immortals, feigned identities, battles of wits, and dire warnings. These are the stuff of fairy tale, myth, and folklore that have drawn us in for centuries.

Fifteen bestselling and acclaimed authors reimagine the folklore and mythology of East and South Asia in short stories that are by turns enchanting, heartbreaking, romantic, and passionate.

A mountain loses her heart. Two sisters transform into birds to escape captivity. A young man learns the true meaning of sacrifice. A young woman takes up her mother’s mantle and leads the dead to their final resting place. From fantasy to science fiction to contemporary, from romance to tales of revenge, these stories will beguile readers from start to finish.

Akshaya Raman is reading Leah on the Offbeat by Becky Albertalli

Leah Burke—girl-band drummer, master of deadpan, and Simon Spier’s best friend from the award-winning Simon vs. the Homo Sapiens Agenda—takes center stage in this novel of first love and senior-year angst.

When it comes to drumming, Leah Burke is usually on beat—but real life isn’t always so rhythmic. An anomaly in her friend group, she’s the only child of a young, single mom, and her life is decidedly less privileged. She loves to draw but is too self-conscious to show it. And even though her mom knows she’s bisexual, she hasn’t mustered the courage to tell her friends—not even her openly gay BFF, Simon.

So Leah really doesn’t know what to do when her rock-solid friend group starts to fracture in unexpected ways. With prom and college on the horizon, tensions are running high. It’s hard for Leah to strike the right note while the people she loves are fighting—especially when she realizes she might love one of them more than she ever intended.

Who else is reading LGBTQ+ books this month? Let us know in the comments!